The Search for a President for Thaddeus Stevens College

High has long-standing relationships with area educators that perform outstanding work in preparing students for productive technical careers. Among the most prominent of these institutions is Thaddeus Stevens College of Technology, a mainstay in preserving and promoting a sustainable workforce in Pennsylvania. High supports Stevens College through financial and volunteer commitments. Many Stevens College graduates have joined High and built successful careers in a variety of positions in our businesses.

Recently, it was my pleasure to serve as chair of the search committee for a successor to Dr. William Griscom who had led Stevens College as its president for 23 years. As of Dr. Griscom’s retirement, Stevens College had increased enrollment from 300 to more than 1,300 and was positioned to serve more than 1,800 students in the coming few years. The College had expanded programs that are in high demand and constructed new facilities to better serve its students. Dr. Griscom had given Stevens College momentum that I believed we needed to preserve and accelerate.

My involvement with Stevens College began in 2017 after Dr. Griscom reached out to High’s CEO, Mike Shirk, regarding several open board positions. Mike suggested that it may be well suited to my background to serve on this board. Since board members of the college are appointed by the governor and confirmed by the Senate, there was a process to go through to gain the support of our local representatives to be nominated, appointed, and confirmed. I was honored that in late 2018 I was indeed confirmed to serve.

I was familiar with the college when I joined the board, yet I was struck by the depth of commitment and dedication that the entire staff has to the mission of the college. Based upon the legacy of its namesake founder, Thaddeus Stevens, the college focuses on training disadvantaged students from Pennsylvania to transform their lives by teaching skilled jobs in the trades that provide family-sustaining wages. The mission pervades the culture of Stevens College.

Half of the students attend through the Stevens Grant program, which is a full scholarship covering tuition, room, and board. Stevens Grant students come from backgrounds of poverty, with family circumstances that cannot (or in some tragic cases, will not) support their efforts to lift themselves to a higher rung on the socio-economic ladder. And the staff understands this. They understand that many of our Stevens Grant students have lived without food security or housing security, and often without basic parenting. Teaching and training these students require an all-hands-on-deck approach to meet their needs first so that they focus their energy and effort on learning a trade that will transform their lives.

Dr. Griscom left another important legacy which was the use of data to ensure that the college was always offering programs that met the needs of the business community and that the college was successful at graduating students with skills that businesses sought. He recognized that, as technology changes, workers’ skills also need to change. Dr. Griscom tirelessly evaluated programs, overhauling or eliminating them as needed. If the business community alerted the college to a new unmet need, the college analyzed that need to determine whether to introduce a new program.

However, in his view, offering the right programs alone was not enough. So, he had the college track its students’ success, asking: Are we being successful in graduating students? Are there problems with curricula, instructors, or hands-on lab equipment that need correction to ensure success for our students? As an executive in industry, I really appreciate how the college worked to continually improve itself and serve its constituents.

To help our search committee put a solid plan in place, the board saw the wisdom in engaging a professional firm that had expertise in recruiting leaders for higher education institutions. First, we took the time to develop a detailed profile of what we wanted in the next president for Thaddeus Stevens. We created a draft profile and then held listening sessions with various constituent and stakeholder groups to refine it. I was very happy to have good counsel from others about expanding the search committee to include not only members of the faculty, board, and students, but to also have members from the community and industry partners.

Once the position profile was completed and distributed, we began the process of identifying candidates. There were more than 50 applicants, some of whom were recruited by our search consultant. Others were individuals seeking a new opportunity and found the opportunity from their own search efforts. All the applications went through a process of document review by the search consultant and members of the search committee who then met to create a shorter list of candidates to be interviewed. The first round of interviews had to be done virtually as the committee found itself in the midst of the COVID-19 pandemic.

One of the applicants we interviewed was Pedro Rivera who was the Pennsylvania Secretary of the Department of Education at the time and a Lancaster resident. Pedro ranked at or near the top for every member of the search committee after the interviews, and he was moved forward to a shortlist of candidates for further interviews. Soon, Pedro was brought to the campus as the finalist for in-person interviews with representative members of the faculty, staff, student body, community groups, and industry partners. He presented his background and some thoughts on how he would lead Thaddeus Stevens College into the future and answered a variety of questions. All feedback was affirming, and the board moved forward and successfully negotiated a contract with Pedro Rivera to be the president of Thaddeus Stevens College of Technology beginning on October 1, 2020.

My role as chair of the search committee ended when Pedro accepted the position. However, there is still a lot that the board must do to ensure that Pedro is supported and successful. As suggested by our search consultant, the board has authorized a Transition Committee. And as before, the new committee includes a broad representation from the board, faculty, staff, and community. They will be responsible to develop a plan to brings the needed resources to bear for Pedro’s support, and they will schedule interactions to welcome and introduce Pedro to constituent groups critical to his success. 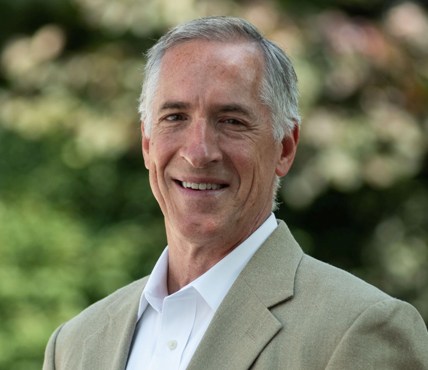 Community Commitment Through Our Leaders' Eyes

Business has a role in solving community problems. Throughout our organization, High co-workers give of their time, talent, and treasure to make our world a better place. Read what these High leaders think about giving back and community commitment.

Racing Toward a Better Community

Read More
GET  IN TOUCH